Sentre is created for users to experience the decentralized finance (DeFi)  world on a single open platform and for developers to focus on their innovative ideas without being affected by liquidity source shortage, weak marketing or failed kick-funding.

This is the first Solana-based, all-in-one open platform for users to get access to quality decentralized applications (DApps) and for developers to make use of available resources and liquidity for their projects.

Sentre is hosting its Mega Launch for mainnet and tokens on Dec. 17. The event offers a triple earning method that will ensure a concrete source of income for participants amid an unstable environment such as the current DeFi market.

Unlike other protocols that only let DApps appear on their interface, Sentre is a true open protocol where developers can completely use the current resources and contribute to the parent platform without any restrictions.

To provide liquidity for promising projects, Sentre introduces SenSwap, the liquidity accumulator with many outstanding features, such as:

The Sentre project is led by Tu Phan, second-prize winner of Solana’s Inaugural Hackathon in 2020 with the SoproX project, together with a team of three other tech enthusiasts, each with more than five years’ experience in the field.

Until now, the project’s Twitter has been followed by many of the industry’s well-known Key Opinion Leaders, such as Sam Bankman-Fried (FTX), Thanh Le (Coin98 founder), ksam.sol (Multicoin Capital), Solana Foundation, Raj Gokal (Solana Labs), Chris McCann and Anatoly Yakovenko, among others.

Sentre’s Mega Launch is modeled after those of Mango and Solend, consisting of two phases: 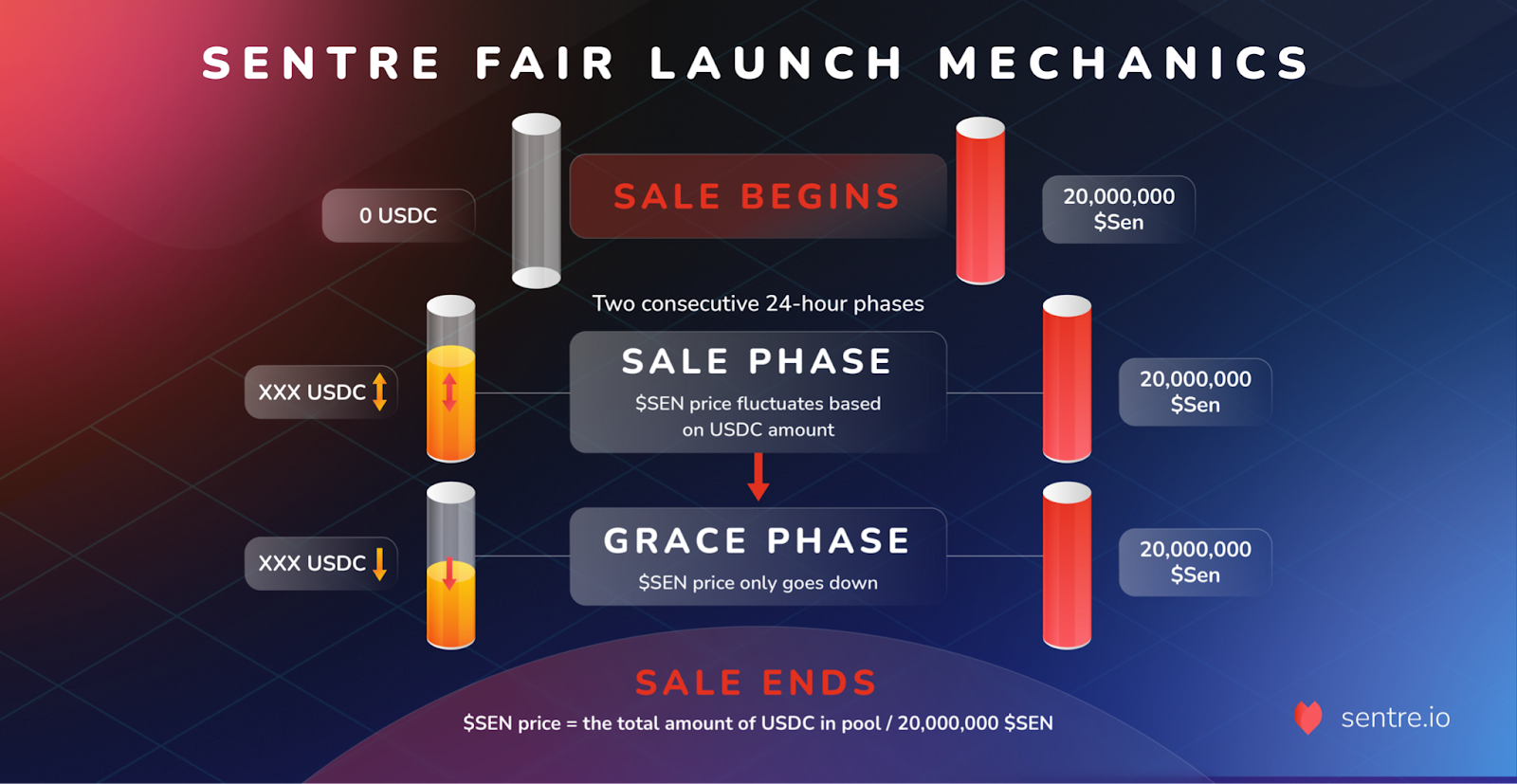 The SEN price is determined after both phases are closed, based on the total amount of funds in the vault/the number of SEN sold. After the 48-hour sale, SEN tokens are redeemable to all participants, with an amount proportional to their share of USDC in the pool.

To help ease investors’ pain during the past eventful weeks, Sentre’s Mega Launch will be the best method for tripling earnings and turning them into a stable source of income. 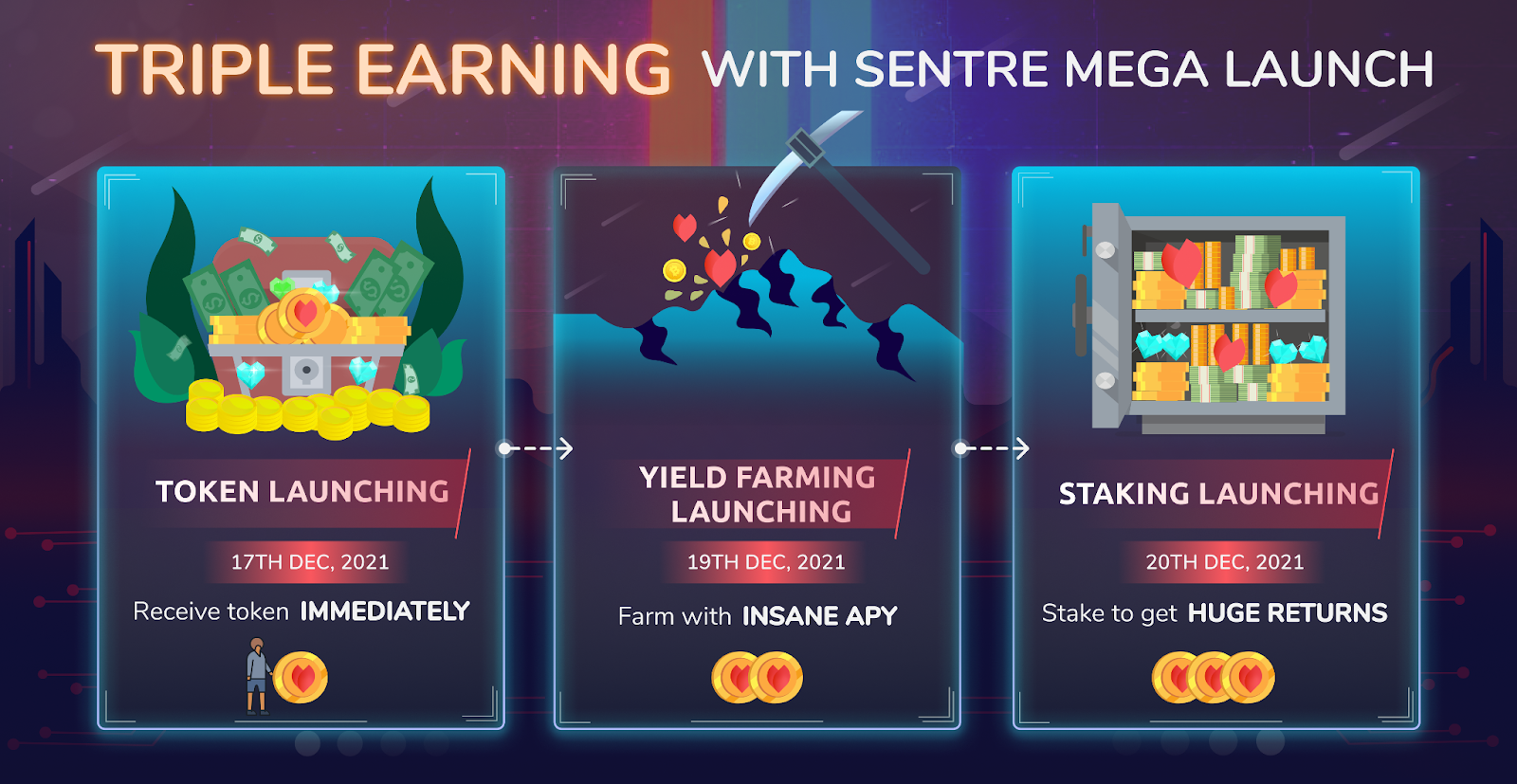 Another chance for users to make a substantial amount is via Sentre’s upcoming retroactive event. The team at Sentre is keen to show its gratitude toward the first batch of active Sentizens with the following prizes:

If you wish to participate in the Sentre Mega Launch, you will need to pass its KYC first. Read the instructions here, and check out the website https://sentre.io for more information.